My mother's garden is her pride and joy. Her time spent there, is the most favourite time of her day. She fusses over each plant like a mother, frets when all does not seem well with them and gets excited like a little girl when the first fruit/flower of the season appears!! She tells me that the joy one gets from growing plants and trees is a feeling that can only be experienced, rarely expressed!! 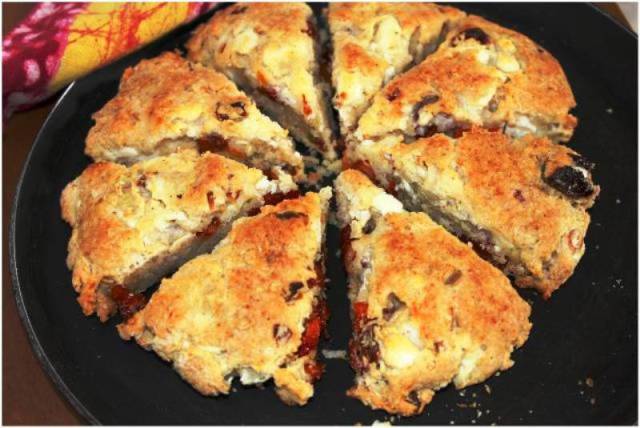 I had a glimpse of that sentiment, when this year, she decided to try her hand at growing vegetables. Along with some herbs, she also planted tomatoes and aubergines. My limited way with words is unable to express how excited we were when the first little tomatoes, green in colour, appeared (we almost squealed, if you must know)...and then everyday we would check on them, waiting and watching as they turned from green to red...every day a little more than yesterday!!

From a handful of tomato plants, we got a tomato harvest that was more than what our small household needed..so, Ma tapped into her inner Martha Stewart and churned out the most luscious, flavourful home-made tomato ketchup. And, when they were still more tomatoes left, she decided to make sun-dried tomatoes just so that she could unravel the mystery behind, in her own words, 'those over-priced bottles' of the same that you get in delis and shops!! With the blazing Indian sun, in a day's time, we had a bottle of sun-dried tomatoes that was promptly handed over to me "to make something with"!! And these scones are what I made!!

I had seen them a while back on Alice Currah's fabulous blog, 'Savory, Sweet Life'. With her cookbook slated for release this summer, you can rely on her blog to give you simple, reliable and delicious ideas for cooking as well as baking. Her original recipe calls for roasted tomatoes that I replaced with sun-dried ones. 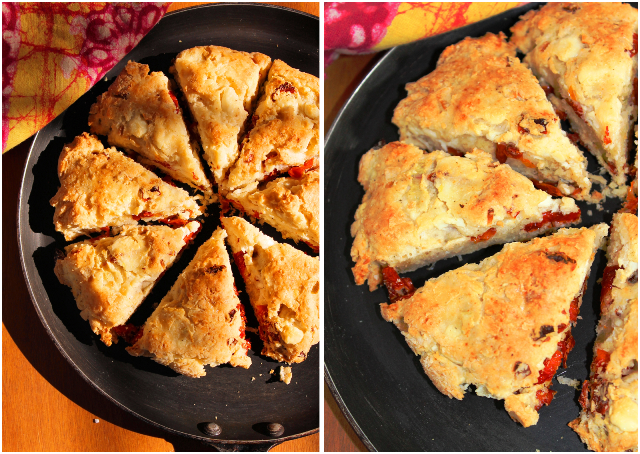 The technique seemed familiar, much like that of the Irish soda bread I made a few weeks back. Only this had the dough mixed with sun-dried tomatoes, feta cheese and green onions for added taste. It is also one of those recipes that takes one hour from start to finish and that includes the baking time!!

These scones had the kitchen smelling fabulous, were soft and delicious and a perfect accompaniment to a soup or a casserole for dinner. The sun-dried tomatoes and feta gave a sharpness and saltiness without being overpowering. I did feel the green onions were a bit lost but that could have also been because the ones I was using were not particularly robust to start with.

These scones got full marks from the mother and I concur. It's such an easy and quick recipe that you know you'll keep coming back to it. Play around with different cheeses, cold cuts or even vegetables and do tell me how it turned out!! And before I sign off, can I just say that all you've read about how rewarding and special it is to cook with home-grown produce is, indeed, all true!!!