On a rainy, weekend afternoon, there are very few things better than heading into the kitchen for a baking session, especially when it promises to reward you with a tart at the end of it all. The pears have arrived in the market, signalling that the seasons are changing. The first of the season have arrived, plump and juicy. So, of course, they made it to the tart, paired with chocolate, a timeless combination.
The recipe I have used is from the much loved and much used 'Popina Book of Baking'. It is a chocolate short crust pastry tart that is filled with a chocolate sponge that is then topped off with some pear slices. 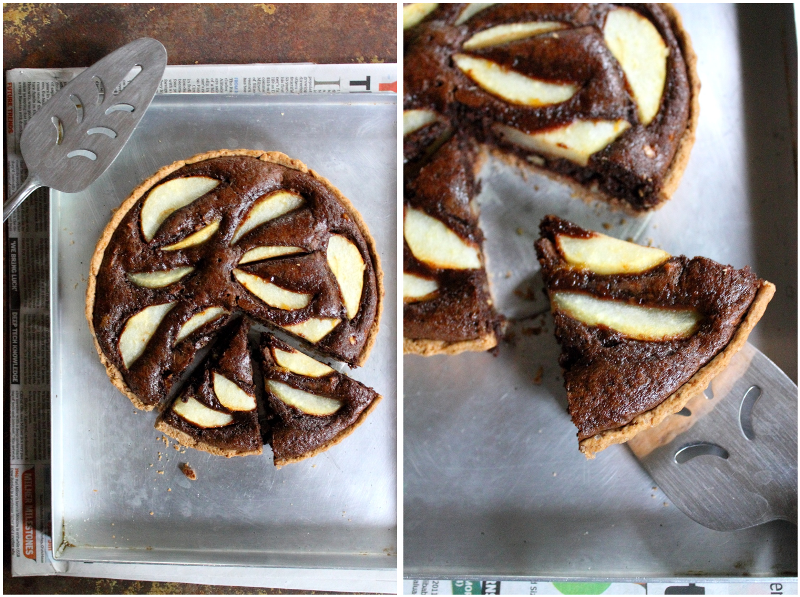 Many will wonder if the pears are too delicate a fruit to pair with something as decadent as chocolate. It is something I have wondered about in the past but I have always been proven wrong. Somehow, pears seems to effortlessly stand up to stronger flavours such as chocolate or even blue cheese. Not only does it cut through the richness of chocolate but somehow the chocolate helps to enhance the flavours of the fruit.
The tart is a fair bit of work but I promise you the result makes it all worth it. The crust is a regular short crust that has cocoa added to it. The cocoa, I think, is more for the visual aesthetics rather than for the flavour. Because all of the flavour is in that filling. 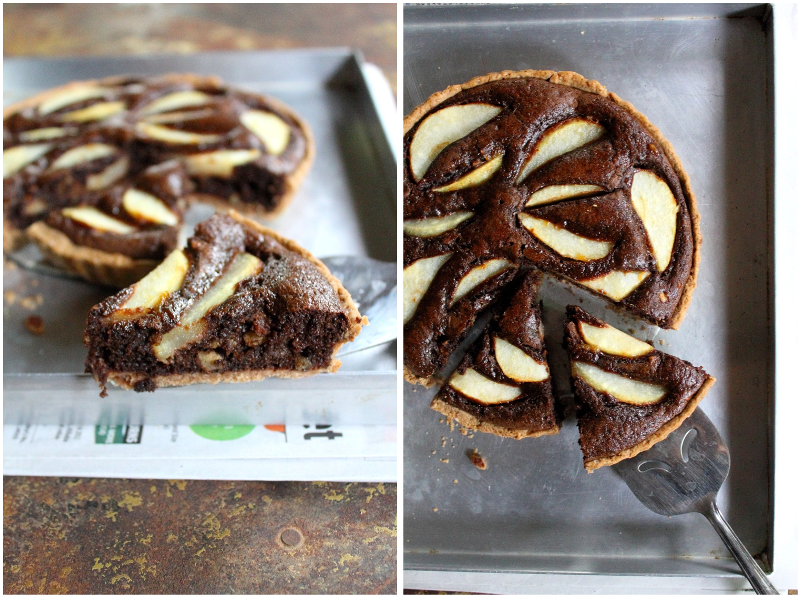 The filling bakes into a soft, moist, chocolaty cake whose texture is regularly punctuated by the crunch of the toasted almonds in the fillings as well as those juicy pears on top.
You could pair it with a scoop of vanilla ice-cream to serve it as a dinner party dessert but I enjoyed it straight out of the oven, warm with a cup of coffee. Like I said, it is worth all the effort and time spent on it.
Have a beautiful week ahead!!