Every once in a while, you embark on a recipe where the final result fails so spectacularly, that you have to blog about it. You follow the recipe to the last word, everything happens as the recipe says it should, you check the correct temperature  of the oven and then you pop it in, confident of the final product. And then.... you pull it out of the oven and your heart sinks, it looks nothing like it should .. it's a complete fail!! 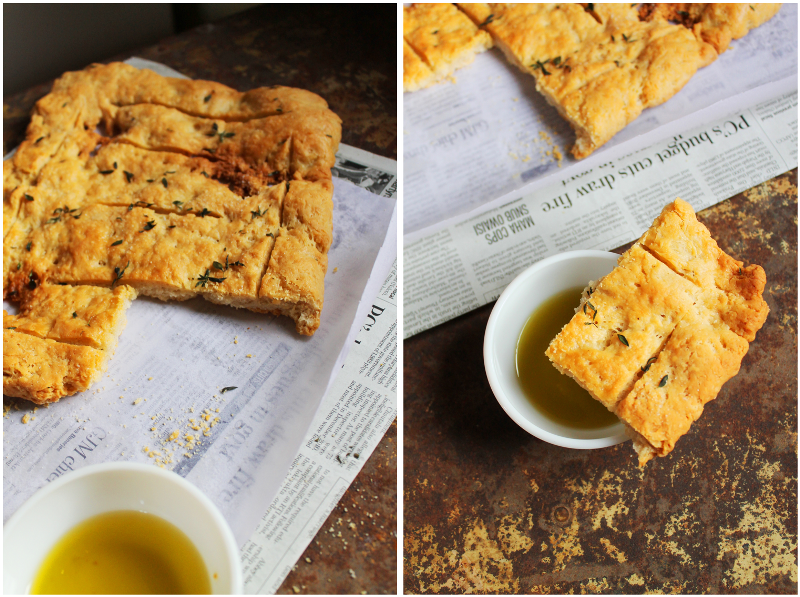 That's what happened with me, when I had to make focaccia for this Tuesday's bake together for "TWD: Baking with Julia" group. I popped the dough into the oven expecting a soft, well risen and fluffy bread. Instead I got a hard, thin bread that had hardly risen in the oven. 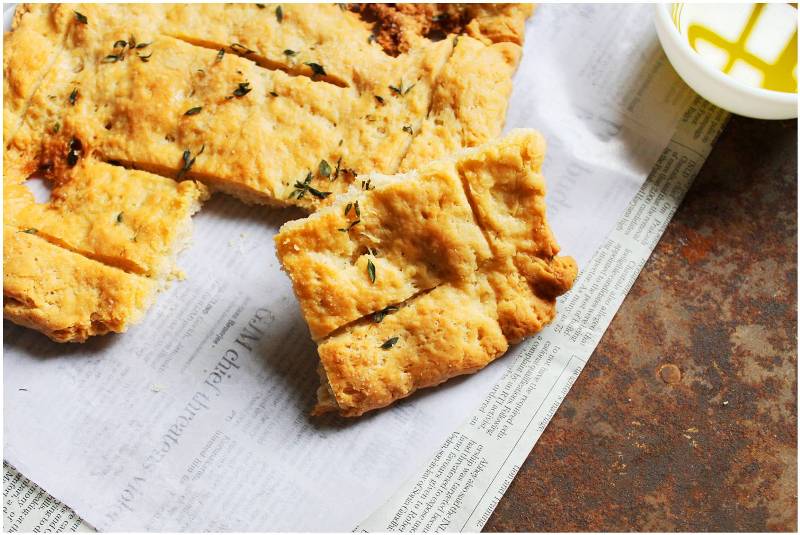 And what I don't understand is, where did I go wrong?? Till I popped it into the oven, the dough behaved as it should. It was soft, elastic and full of bubbles. The dough even squeaked as the recipe said it would. I even rested it in the refrigerator for 36 hours as the recipe recommended. As for spraying the oven with water, I did that too!! And yet... it flopped!! Any suggestions on where I went wrong?? 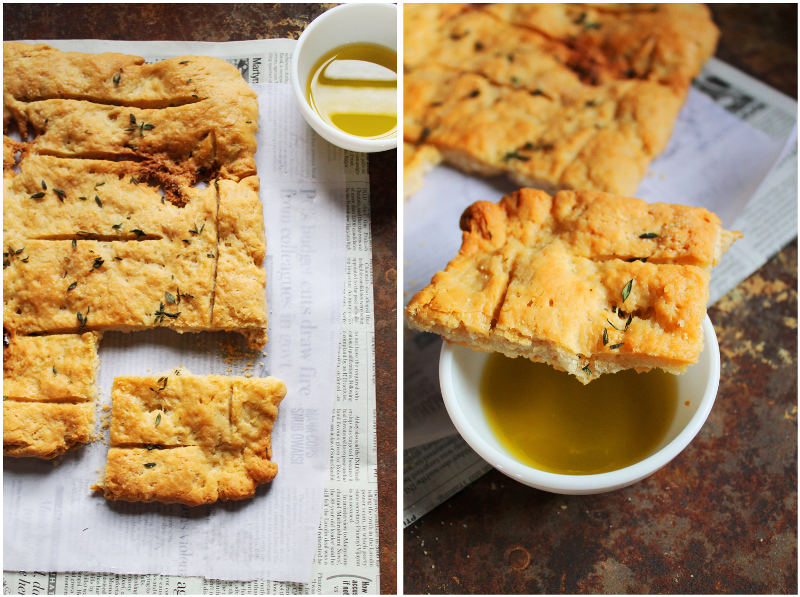 What is even weirder, is that even though the bread did not rise in the oven to turn out fluffy and soft, with its liberal topping of thyme and salt, it was still delicious!! My end result was a crispy exterior and a thin chewy interior. The verdict at home was that it would go well with soup, something like bread soup sticks. But, I still can't figure out where I went wrong!??!


While I am more than ready to move on to the next recipe, if you are interested in the recipe, you will find it at Sharmini's blog. Alternately, you can write to me at bakerindisguise@gmail.com and I will mail you the recipe.
Posted by baker in disguise at Tuesday, February 05, 2013