Events in Britain have been capturing our news space for some time now. It started with a certain Royal Wedding last year, then the Jubilee Celebrations over the summer and now for the 'Greatest Sporting Event' of our times. So, in the spirit of the Olympics due to be inaugurated in London day after tomorrow, I share with you my version of the classic English dessert, the Trifle. It has even been listed as one of the 'Top Ten Great British Dishes'!!

A trifle is a layered dessert, that starts off with a layer of cake, soaked in some spirits, followed by layers of fruit (jam), custard and cream. The best part of it is that you can play around with your choices on the type of cake, fruit, custard or even spirits that should be used. 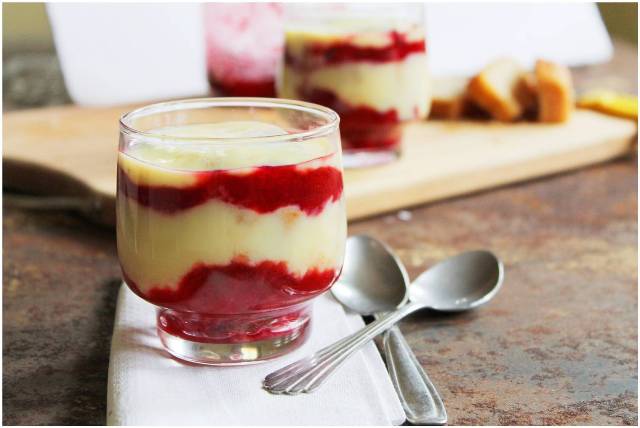 So, when it came down to me deciding on the layers of my version of the trifle, I knew there had to be fresh fruit. I zeroed in on plums, the one stone fruit that I have not worked with this season. To figure out my other layers, I looked for flavours that paired well with plums. I came across this beautiful resource online, that informed me that plums pair well with cinnamon and vanilla.

Keeping that in mind, I decided on a regular, vanilla pound cake and a vanilla custard for the other layers. As for the plums, I found this gem of a recipe for a plum compote by model-turned-cook book author, Sophie Dahl. The recipe caught my eye, not only because it uses fresh plums, but more so because it is flavoured with cinnamon and star anise. 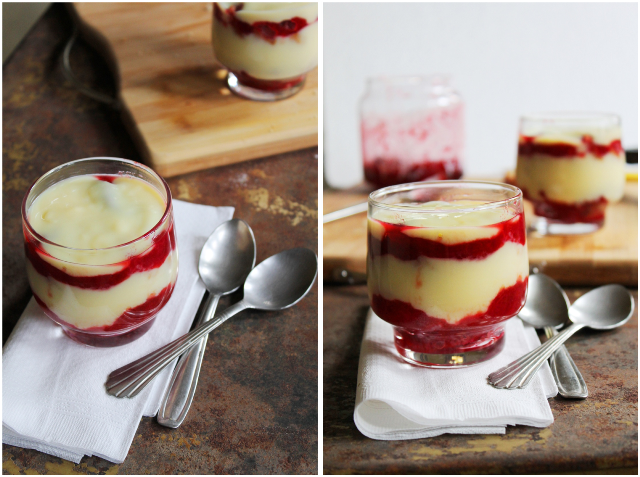 A trifle is about getting all the components ready, because once done, they just have to be layered. No fancy technique really!! The plum compote takes no more than 15 minutes to make. In the interest of time and convenience, you can cheat with this recipe and use store-bought cake and 'custard-powder' custard. Stop wrinkling up your noses, all ye purists out there!!!

A traditional trifle is made in a large bowl. But, there is something rather ungainly about a trifle when it is spooned out of the bowl and put on a plate. There just isn't a pretty way of doing it!! So, with my penchant for individual dessert servings, I went for individual trifle glasses. 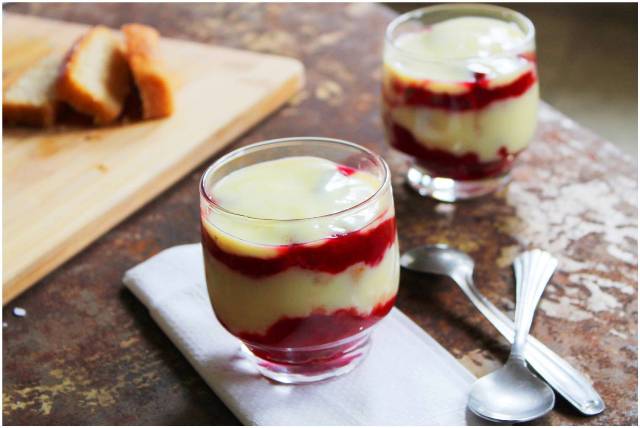 My earlier encounters with trifles had left me unimpressed with their insipid layers of cake, jelly, custard and cream. I was a trifle-sceptic going into this dessert. But, such is the power of fresh fruit in a dessert that I am now a surprised convert.

That plum compote is what makes this trifle a winner. The slight tart taste of the compote on account of the plums contrasts beautifully with the other sweet layers and prevents this dessert from being cloyingly sweet. The addition of cinnamon and star anise adds a completely new, exotic dimension to a regular fruit compote. The vanilla custard harmonises and lightens the dessert by toning down the intensity of the compote.

Even if you decide not to make this trifle, I'd tell you not to miss out on the plum compote. It celebrates the fruit beautifully and can be paired with Greek yoghurt or ice-cream for an easy and light, summer dessert. 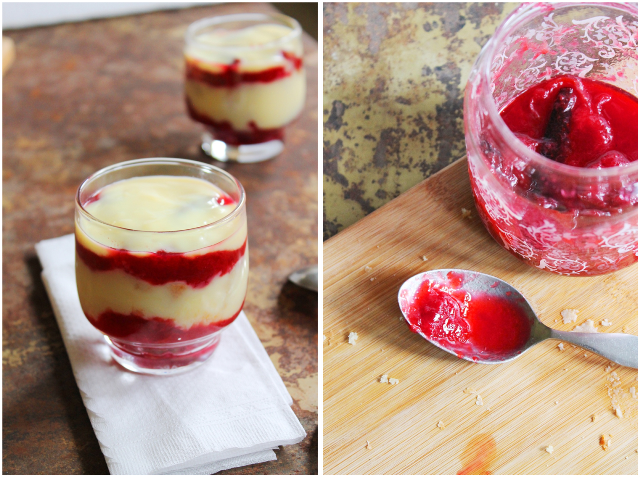 The trifle with its layers of different textures and flavours in a way represents the multi-cultural and multi-ethnic society that is modern Britain today. And, I think, no other city in Britain celebrates that better than London - an apt choice to host an event that celebrates "the spirit of friendship, solidarity and fair play"!! Nothing more to say except "Let the Games begin"!!!

makes one cup of compote

Minimally adapted from this recipe by Merrilees Parker, on the BBC Food website

makes one cup of custard