With the US Presidential elections looming ahead, here's a bit of trivia for you. They say the most-ordered dessert by US presidential candidates whilst on the campaign trail is... Pie!!! President Obama loves his pie and according to his pastry chef, Bill Yosses, Banana Cream Pie is his favourite. In fact, such is the appeal of the humble pie for the Americans, that his rival, Mitt Romney, has not only declared his love for pies but was also seen rolling out one at a recent campaign stop!

Sitting in India and reading all about America's love affair with pies, helps me understand why this week's "TWD: Baking with Julia" choice of recipe - Blueberry Nectarine Pie, had such popular backing!! 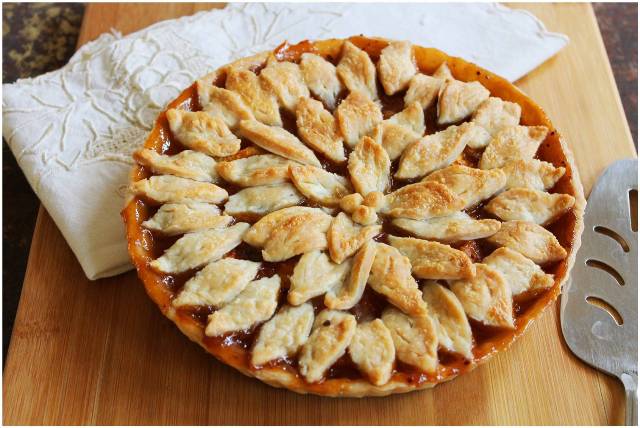 The original recipe calls for a pie dough much similar to a short crust pastry but instead of an all-butter dough uses a combination of butter and vegetable shortening to achieve a flakier crust. The book uses a filling of nectarines and blueberries for this double-crusted pie.

Since, we get neither nectarines nor blueberries in India, I went with peaches. Not comfortable with using vegetable shortening, I decided to go for an all-butter crust, much like a pate brisee.

And as you can see from the photographs, I had a lot of time on my hands to attempt a leaf pattern for the top layer of the pie. It is an idea that I got from this book by Martha Day. 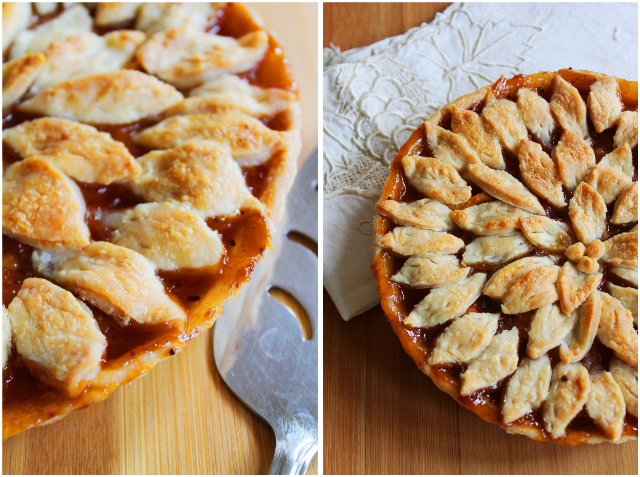 I already have a 'tried-and-tested' short-crust pastry recipe that's been used to make these beautiful galettes and tarts. I was keen to see if this pie dough improves upon that. Honestly, it did not!! If any thing, it was a tad too delicate to work with but that could have been largely due to the high humidity in the air these days. But even on the taste and texture front, I'd prefer the recipe I already use.

The peach filling, on the other hand, was a good choice. The hint of lemon juice added to the filling ensures a certain balance in flavour. 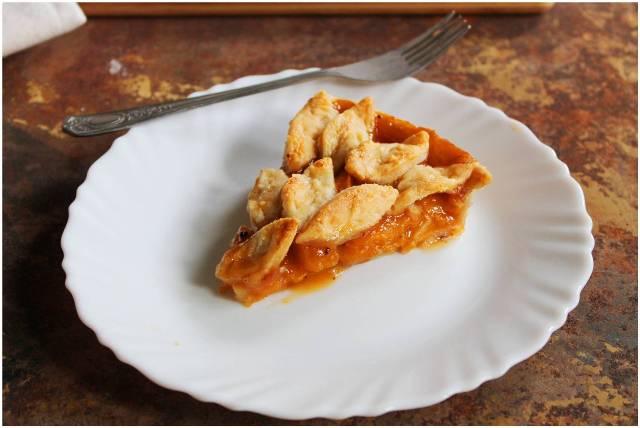 But, truth be told, the high point of this pie for me was that leaf pattern I attempted. There is no denying its visual appeal. While it may not be something you attempt for a regular, family dinner, it does have that 'wow-factor' to impress the guests at a dinner party!! A word of caution though, attempt it only if patience is one of your virtues!! 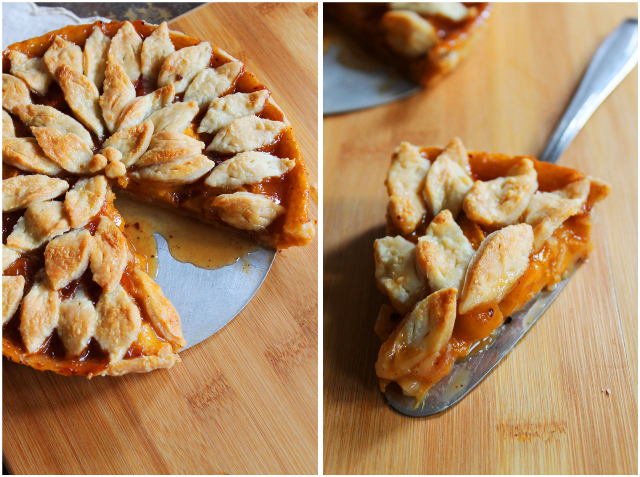 There is no denying the appeal of a good pie and that's what this pie was. It just has this warm, cosy and comforting feel about it that lends itself naturally as a dessert of choice for a get-together with family and friends. No wonder Americans love their pie!!

Due to copyright considerations, only the person hosting the recipe for the group 'TWD:Baking with Julia' can post the recipe on their blog. The recipe for this Pie will be available on the blogs of Hilary and Liz. Alternately, you can write to me at bakerindisguise@gmail.com and I will mail you the recipe.