Despite being such a retro classic, I have never gotten round to making a bread pudding. It's just never appealed to me. There are so many better things to make than a pudding made out of stale bread, I have always reasoned. And yet, last week I found myself with these hot cross buns I had baked, getting a bit old. They were delicious but it was one of those rare times, when I couldn't find anyone to share them with. And really, there's only that much hot cross buns one can have, however gorgeous they may have been. So, bread pudding it was going to be!! 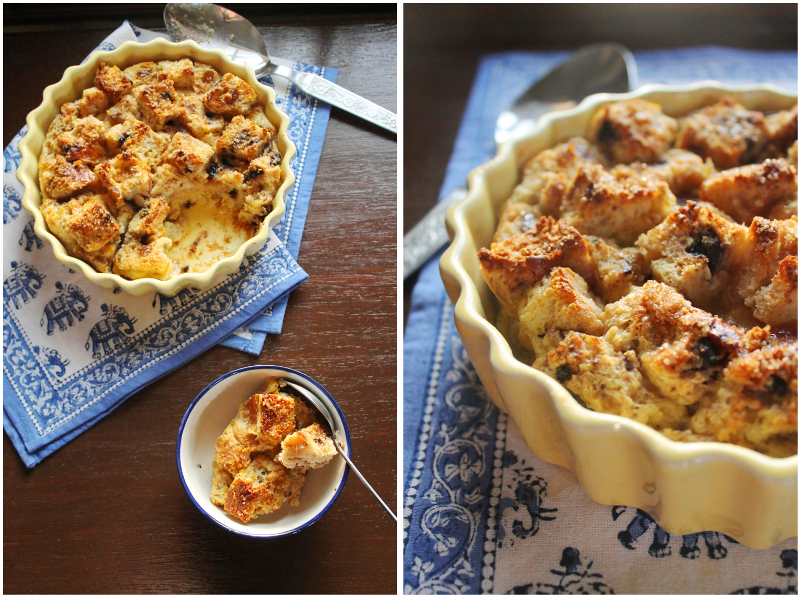 Googled around and zeroed in on a Nigella recipe. She takes a traditional bread pudding recipe and jazzes it up with chocolate chip, milk, cream and a good splosh of dark rum. Perfect recipe, I reckoned for the cross buns I had, which were themselves studded with raisins and chocolate chips and flavoured with cinnamon and vanilla. My own little touch was the zest of an orange because I just love how an orange refreshes and livens up a dessert.
There is hardly much for you to do for a bread pudding. Maybe, that's why they are so popular. I'll come to how it tasted but can I just say that the kitchen smelled divine!! 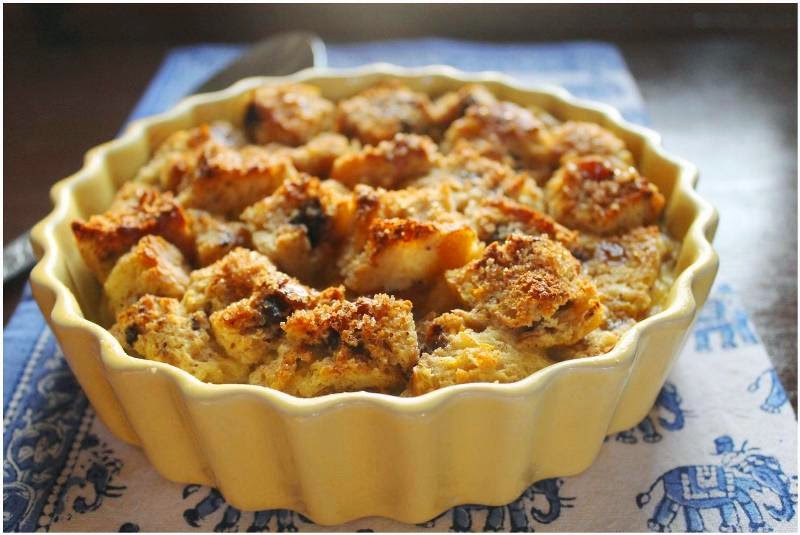 Before, you pop the pudding in the oven, you've got to sprinkle some brown sugar all over the top. So, while the pudding bakes, this sugar on top caramelises and forms this golden brown, crispy crust. And underneath that crust is this soft, custardy bread that has soaked up all those beautiful flavours along with those molten chocolate chips. And yes, the orange zest does its job to ensure that all that cream, milk and eggs does not get too rich and heavy on the palate.
It helped that I used the cross buns which already had their own flavour profile that just added bags of flavour. I might have left it in the oven for five minutes more than what was needed. It felt slightly dry and could have done with some vanilla custard or for that matter, ice-cream. 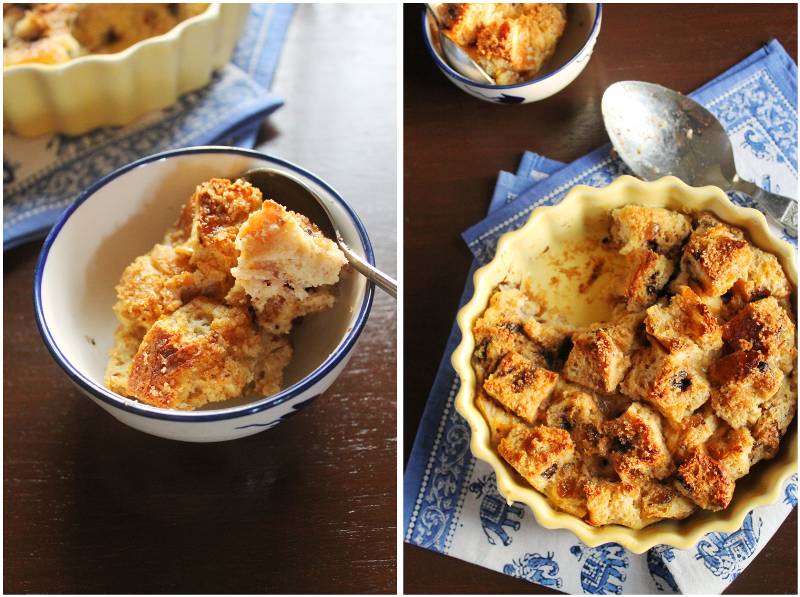 This bread pudding lays no claim to being an on-trend dessert but it endears itself to you with a familiarity that is comforting in a way only a warm pudding can be on a cool night or a rainy day!!

Note: I made half of this recipe. For the stale bread, I used some of these hot cross buns that were studded with chocolate chips and raisins.
Ingredients:
Directions:

Posted by baker in disguise at Wednesday, September 24, 2014