This week, the group at 'TWD : Baking with Julia' decided to bake Challah. Challah, for those not in the know, is a special Jewish braided bread eaten on Sabbath and holidays. But, for me, Challah is one of the most beautiful looking breads in the bread basket. If the sourdough exudes the rustic and rugged charm of a country guy, the challah is the slick, city boy in comparison. It is glossy, golden brown, beautifully braided and speckled with seeds, making it one impressive looking loaf. It's a different matter that yours truly couldn't even manage to braid the loaf in a straight line!! 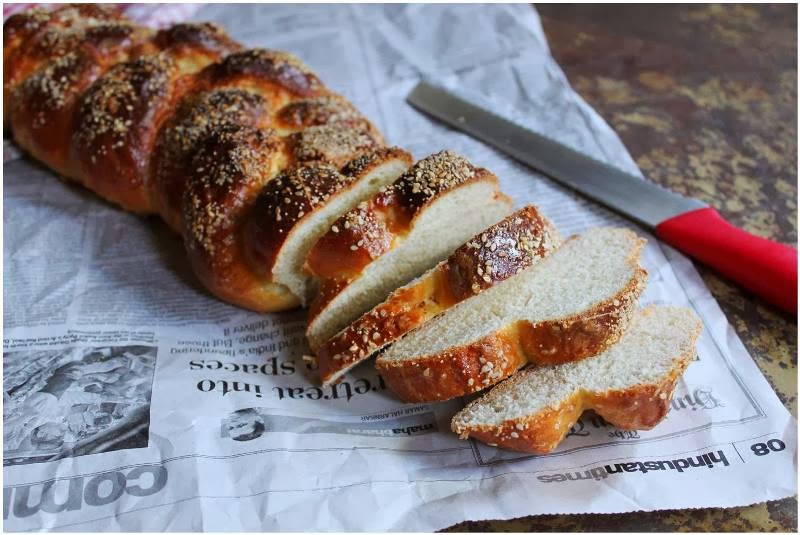 And why won't it be good looking?! The dough is enriched with milk, butter and eggs that ensures that only do you get that beautiful colour but also that the bread is rich and beyond delicious. Even the seeds on top add to the taste and overall appeal of this  bread. The golden brown, glossy crust hides a soft, slightly sweet crumb that just cannot disappoint anyone. 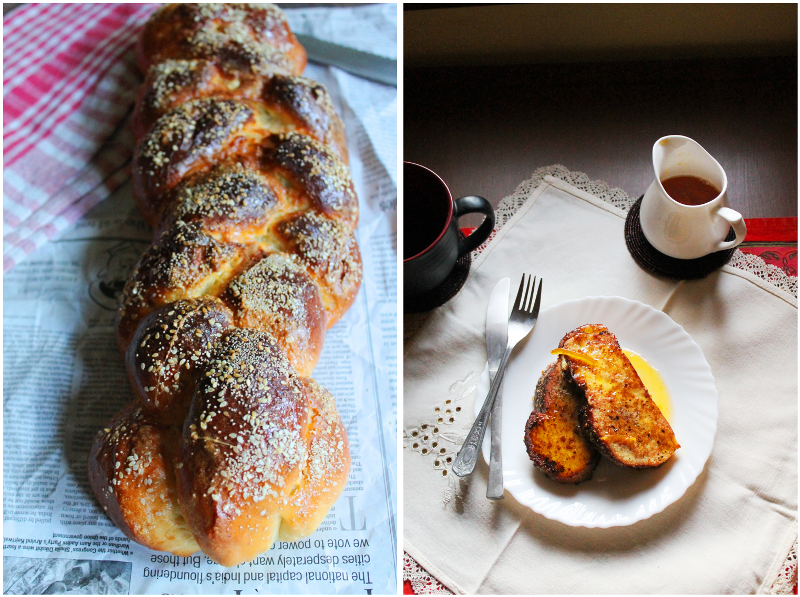 The bread is beautiful, just eaten by itself, straight out of the oven. But, every challah recipe will recommend that this bread is excellent to make French toast. Now, that's an idea that will always find favour. Who doesn't like that sweet, fried, eggy bread that comes with a memory all the way from your childhood Sunday mornings??
But, because I put in all that effort to make the Challah, this wasn't going to be any, ordinary French toast. I thought I'd make things interesting with Nigella's recipe for Orange French toast that adds orange zest to the egg mixture and is then served with an orange marmalade syrup. 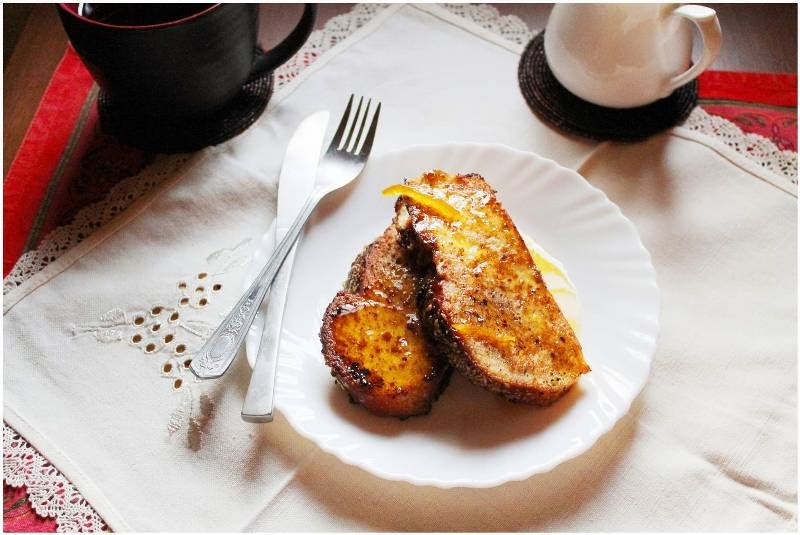 The citrus hit gives the French toast a zingy freshness and the slightly bitter undertones of the marmalade ensures that things don't get too sweet. The syrup hardly takes a few minutes, so, there is no elaborate prep required. I used challah and homemade marmalade but regular white bread and shop bought marmalade would do the trick equally well. It is such a small twist to your regular French toast and yet, the end result is the perfect indulgence for a lazy, weekend morning. All that's left to do is wash it all down with a cup of coffee!! 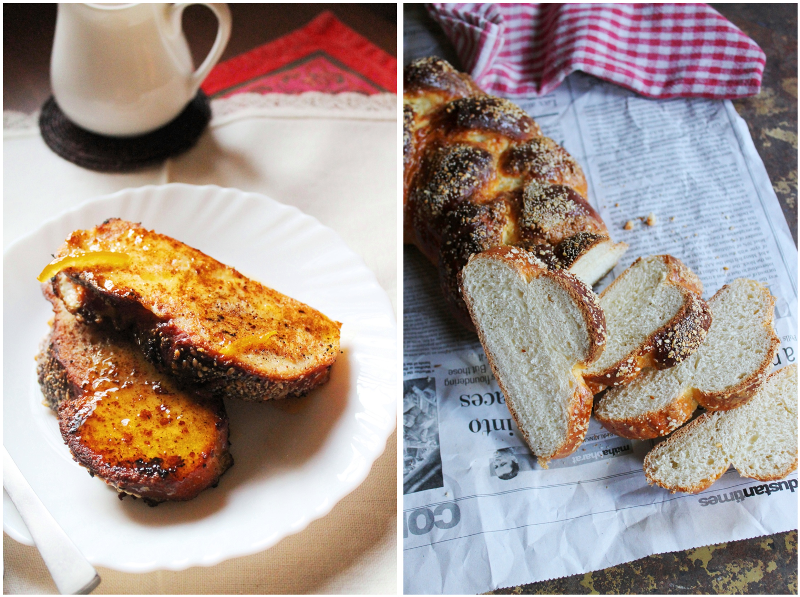 This weekend, I'll leave you with words of one of the most inspirational men of our times, "Do not judge me by my successes, judge me by how many times I fell down and got back up again." Rest in Peace, Nelson 'Madiba' Mandela!


Adapted from the recipe from 'Nigella.com'.
Ingredients:
Directions: