Nearly a month after I last baked with the 'TWD : Baking with Julia', I rejoin them this Tuesday with the French cousin of the Apple Pie, a French Apple Tart . Turns out the difference in title of the two desserts is more than just semantics. There is a technical difference between a pie and a tart. A pie with its crisp, flaky crust is much deeper than a tart and served straight from the pie dish. The tart is made in a pan with a removable bottom, only has a bottom crust and the goal a firm, crumbly crust. Honestly, for a non-purist like me, its more like "you say potato, I say potahto"!! 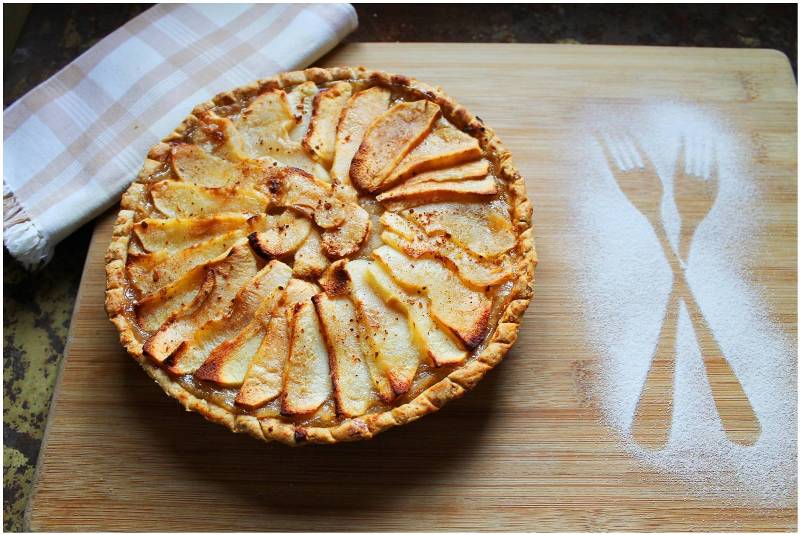 So, now that you've got your baking lesson of the day, we get back to the recipe on hand. The crust is made with the dough that we had used earlier to make this peach leaf pie. The filling is a cinnamon-apple compote that is then topped off with a beautiful, classic arrangement of dark-edged, paper thin apple slices that the French refer to as a 'rosette'. 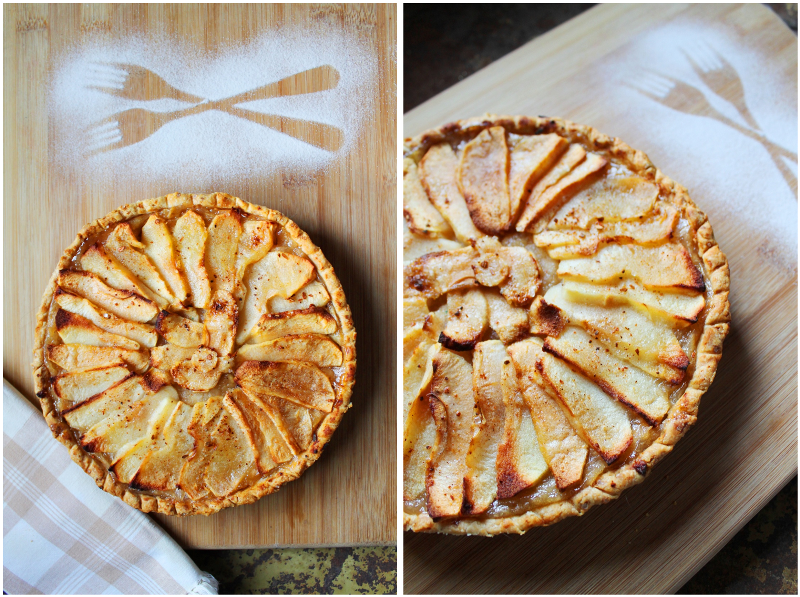 Having worked with the dough before, the crust came together beautifully. The oven-roasted compote, too, is fuss-free and easy to prepare. The rosette, well, was a different story. The photographs say it all. "Quelle horreur, ma cherie!!", I can well imagine the reaction of a horrified patissier at my disastrous, clumsy attempt at recreating his beloved rosette. Instead, I take refuge in the words of Julia Child when it comes to imperfect food presentation. In her own words, "Never apologise, never explain". Amen!! 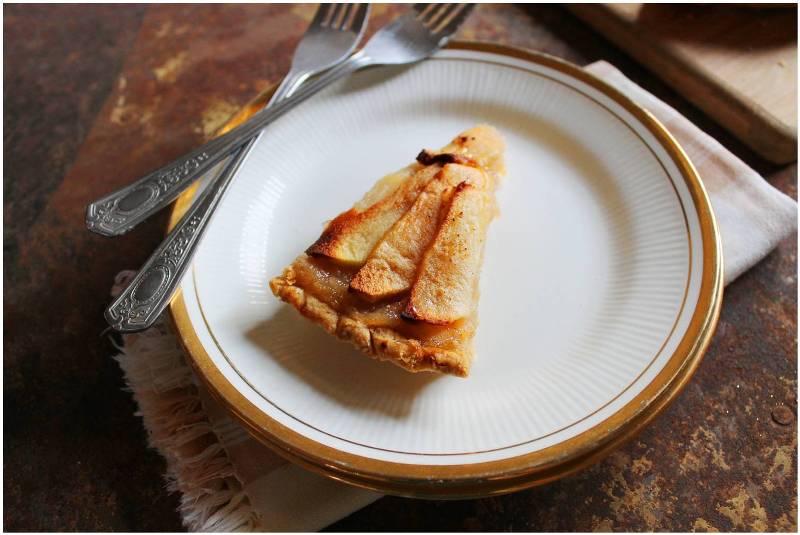 Apart from the look of the rosette, it all turned out beautifully. You had the buttery, firm crust that yielded to a creamy apple compote with lemon and cinnamon undertones. The thinly sliced, dark-edged apple slices on the top are a welcome textural change to the oven-roasted compote that lies beneath it. I am particularly partial to the combination of cinnamon and apples and went with an additional sprinkling of cinnamon powder on the rosette of apples. 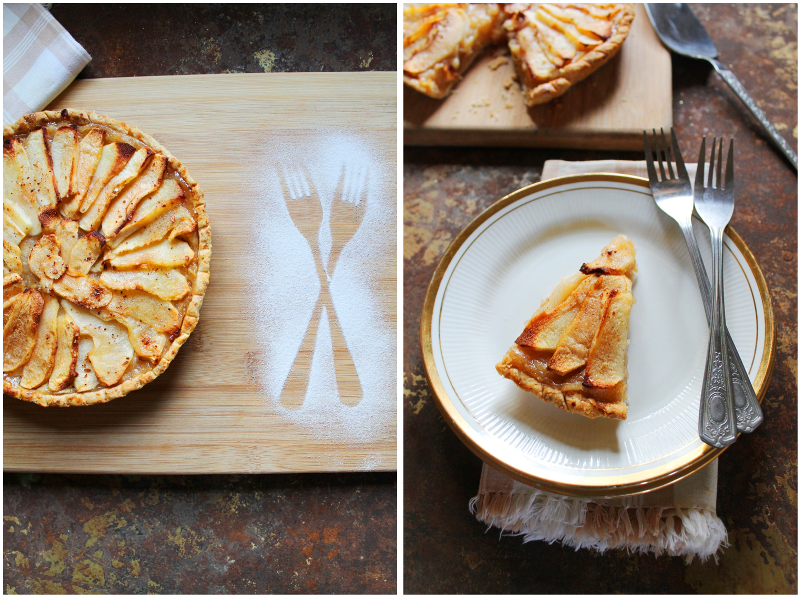 But, here's the thing, there is nothing wrong with this apple tart. Each individual component turned out as it should. But, I think when it comes to the filling, I still prefer the all-apple slices filling of an apple pie as compared to this combination of apple compote with slices just on top. I seem to enjoy the bite of the apple slices much more than the texture of apple compote in my tart. Again, that's just my personal preference!! I'll leave it for you to decide on how you like your apple tart!!

A year ago: Venetian Carrot Cake
Due to copyright considerations, only the person hosting the recipe for the group 'TWD:Baking with Julia' can post the recipe on their blog. The recipe for this French Apple Tart will be available on Gaye's blog. Alternately, you can write to me at bakerindisguise@gmail.com and I will mail you the recipe.