With Easter Sunday round the corner, the 'TWD:Baking with Julia' group set its sight on the Pizza Rustica for our bake-together. Before we go any further, let me tell you upfront, it's not a pizza...it's a pie!! A little research on the Internet revealed that it is a traditional, rustic pie made in Italy at Easter. After a month of fasting and abstinence during Lent, this quiche is made for Easter Sunday and is loaded with cheeses and meats.

While I understand the sentiment behind the overload of meat and cheese in the pie after a month of abstaining from them,  with the mercury soaring out here in India, I was more in the mood for something lighter and vegetarian. So, I decided to travel down the Mediterranenan coast from Italy and take inspiration from the Greek spinach pie, Spanakopita and zeroed in on a filling of spinach, ricotta and feta cheese. 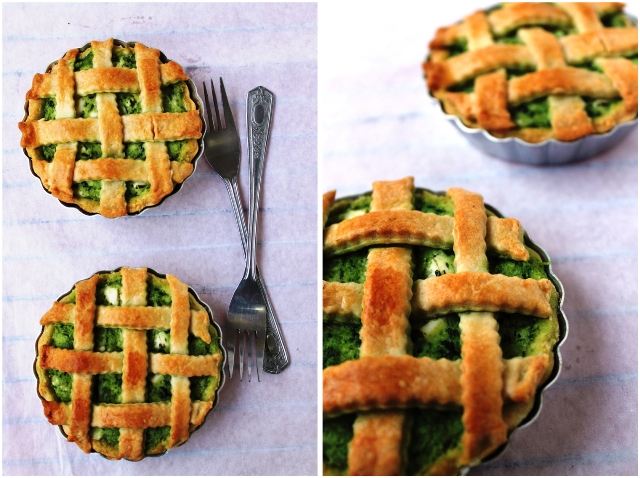 When I read the recipe I did find it odd that the pastry crust of a savoury pie should have sugar in it. Despite the book's assurance that the sweet dough is a nice contrast to the salty, meat and cheese-laden filling, I wasn't too convinced.  So, I cut down the sugar to just a tablespoon in the crust-dough and kept the filling a mix of ricotta, sauteed spinach and feta cheese.

And instead of making one big pie, I made smaller versions so that each pie was more like an individual serving. Following the rest of the recipe was a breeze and I think, the idea of a lattice on top was a good touch.. it definitely added to the visual appeal!! 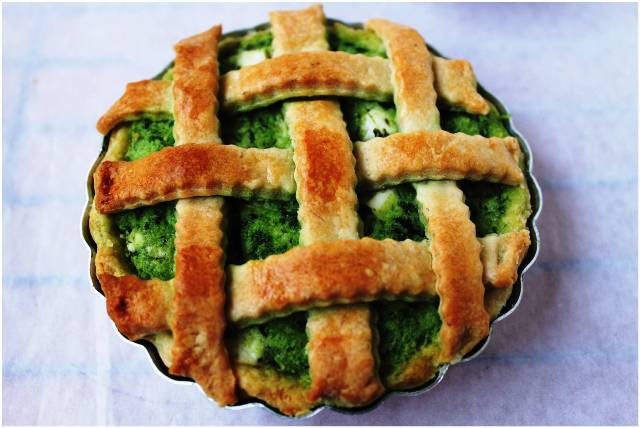 And now for the verdict -- the pie was good, absolutely no complaints with it..although I'll be honest enough to say that it was nothing that spectacular that I would want to come back to it. While I had reduced the sugar and there was just a hint of it in the pastry, it's something you can easily do away with, in my opinion. The filling was a good choice, much lighter than I had anticipated and the feta giving it the required sharpness.

So, all in all, it was a good pie.. not a pizza.. a pie!! Come to think of it, I still don't why it's called a pizza..are pizzas and pies one and the same thing for the Italians?!?! 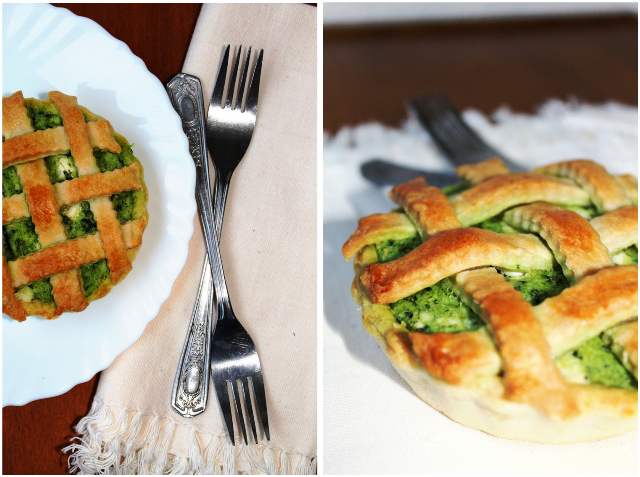 Due to copyright considerations, only the person hosting the recipe for the group 'TWD:Baking with Julia' can post the recipe on their blog. The recipe for the pizza rustica will be available on the blogs of Emily and Raelynn. Alternately, you can write to me at bakerindisguise@gmail.com and I will mail you the recipe.