I have been overwhelmed and touched with the messages of support and encouragement I have received over the past week!! The blog has put me in touch with friends whom I had lost touch with over the years despite the irony of all of us having each other on Facebook. And that's why this post is for one of my oldest and dearest friends - Deblina! She applauded the idea of the blog when I first floated it, thought of its name and when I had all but given up on it, prodded me along gently. Along with school friend, Mariam, she writes a blog - 'Made in Umami' - a definitive guide to Mumbai's (and post-marriage, London's) food landscape.

When I saw the recipe for this Venetian carrot cake, it just had her name written all over it. Carrot cake is her absolute favourite (she even served it at her wedding!). Its Venetian version, an ode to her plans for a honeymoon in Venice! Coincidence?? I'd say Serendipity!! 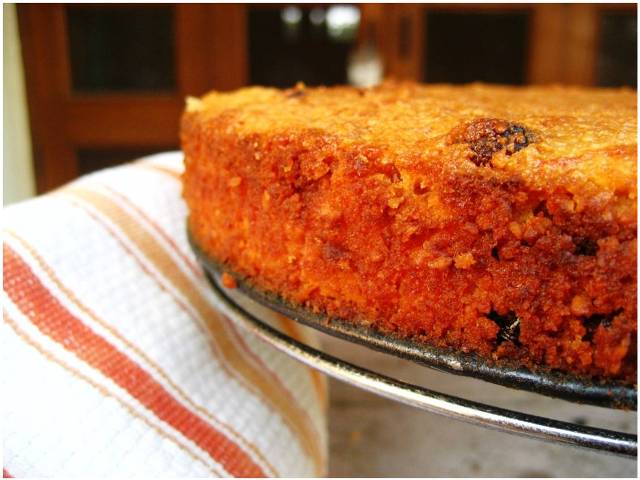 The recipe is from Nigella Lawson's latest offering, 'Nigella Kitchen'. I must confess, it was Nigella's cooking show that somewhere convinced me to enter the kitchen and try my hand. She made it look all so easy. Yes, the purists might frown at her techniques and she does overdo the cream and butter at times. But then, she also does cut everything from chicken to herbs with a pair of scissors!! She describes this cake as an earlier version to its American counterpart, made by Venetian Jews in their original ghettos. 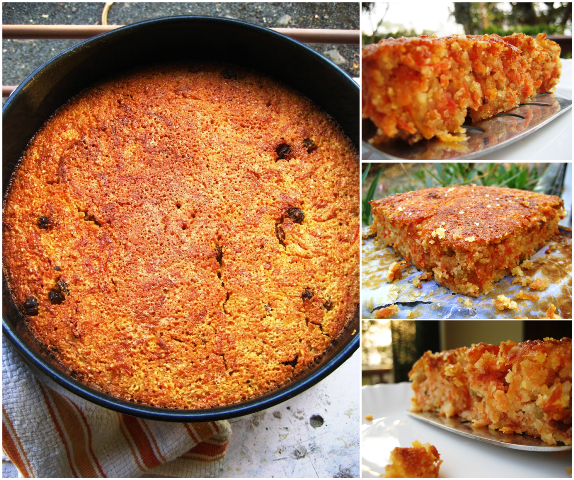 The recipe is dairy-free and gluten-free. Before you rejoice, remember the flour is replaced by almond-meal and that makes the cake a bit on the richer side. The good news, however, is that a small wedge of it will satisfy you! And for those of you who hate their veggies, you don't taste the carrots but they do provide an added texture and a natural sweetness and moistness. 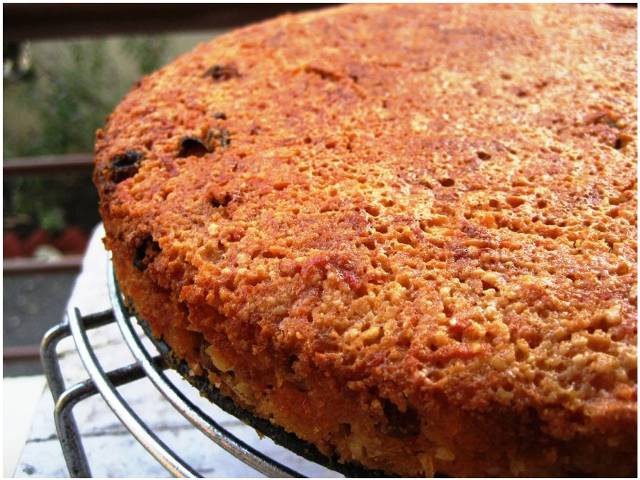 After baking, the cake turns a lovely, golden orangey - brown on the outside while the inside maintains a paleness owing to the almond meal. This is a lovely, moist and slightly crumbly cake which can be shared among a large group. The plumped-up raisins and the hint of that  zesty lemon (in taste and aroma) are the side acts that almost overshadow the main players! Try this cake while the carrots are in season and before their fresh, pinkish hue is bleached to an unappetising pale orange by the Indian summer!!

* If you don't have access to store-bought almond meal, blanch the almonds in hot water, remove the skin, dry them completely and then pulse them in the food-processor until you achieve the required coarse, consistency. Don't over-pulse or don't make it into a paste as the oil from the almonds will begin to leach out spoiling the taste and texture.

Cooking Directions
* Serving suggestion by Nigella: Serve the cake with some mascarpone cream mixed with icing sugar and rum. I say try it only if you have complete disregard for the weighing scales!!!
Posted by baker in disguise at Tuesday, January 24, 2012